It’s clear from the figures released today by Oxfam that women are bearing an unfair and unequal burden, producing the equivalent of ⅛ of the national economy with unpaid care work in the home. This inequality is effectively state policy from a government responsible for among the lowest paid maternity and parental leave in Europe and the highest childcare costs. Combined with the gender pay gap, this ensures it’s women rather than men that take leave or go part time. 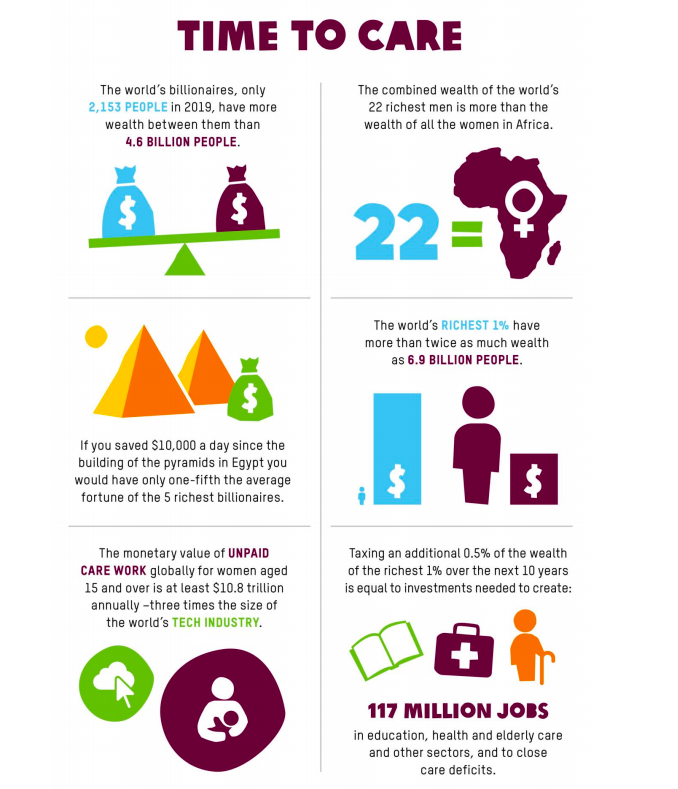 This bakes in inequality in childcare and housework from the very start. At the other end of the life cycle it’s also women who do the vast majority of unpaid care of elderly relatives. The beneficiaries are employers, especially big business and billionaires, which get away with not topping up maternity benefit, not paying for quality public childcare through taxes on wealth and profits and systematically underpaying women workers. Instead it’s women who pay the price of raising the next generation of workers through their unpaid and low paid labour. Meanwhile the insurance companies are driving up the cost of childcare and laughing all the way to the bank.

Enough is enough. We need to close the gender pay gap, targeting first the industries that employ disproportionate numbers of women and mandating equal rates of pay and benefits or part time workers which are disproportionately women. Childcare workers, teachers, nurses and cleaners are just some of the female-dominated jobs that deserve a pay raise!

Childcare represents a second mortgage or rent for many families. We need to build a National Childcare Service to provide families with free childcare for as many hours as they need. This should be provided on a flexible basis by the state to fit in around work, school and leisure needs but with guaranteed hours and excellent pay and conditions for childcare workers.

Finally, we need a revolution in work-life balance available equally to women and men. We want to live not just exist!

To achieve this means building people power movements to take on the power of bosses, big business and the billionaires and demand the quality of life workers and women deserve.