They're not all the same.

It seems that some TDs fob into the Dail on their way to their other job. Others have gotten caught voting for their absentee colleagues, and still others simply ignore the democratic will of the people, using loopholes to block bills they don't want to implement.

Only a few TDs in the Dail actually represent us and our movements. Very few actually fight for the change we need, on housing, public services, and on climate change. Even fewer stand with us against the establishment, defending our right to protest and demand for a better life. Let's make sure they get re-elected. 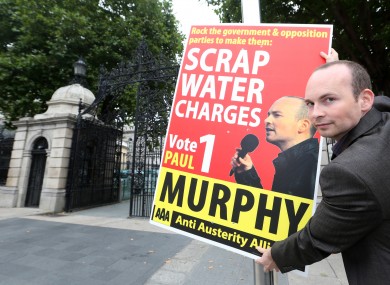 Paul has a long record of campaigning for socialist change and standing with our community when we fought austerity from the last two governments.

Electing socialist fighters like Paul amplifies our demands, giving us a better shot at defeating the government and winning real change.

As the recent article in the Irish Examiner noted, "[Paul Murphy's] victory in the Dublin South West by-election at the expense of Sinn Féin forced Gerry Adams’ party to change its stance on water charges. That, in turn, forced Fianna Fáil into a massive U-turn ahead of the 2016 election, which, in turn, forced the hand of Enda Kenny in his bid to hold on to office". (Irish Examiner, Sep 2019) 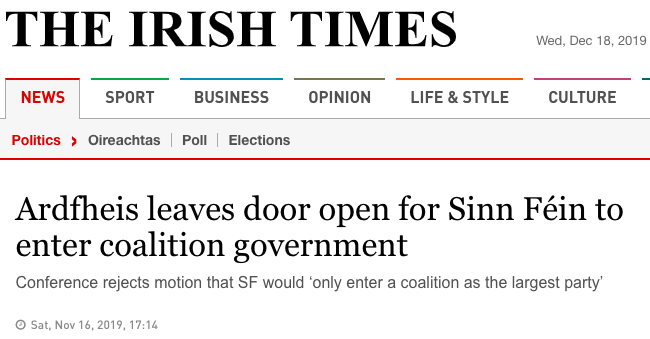 Don't give your vote to parties like Sinn Féin and the Greens who have declared that they are willing to put Fine Gael or Fianna Fáil back in power again. Instead, vote to re-elect a strong socialist voice for us, who will use his position to build a movement on housing like we saw on water charges and for a new left party.

Help re-elect Paul Murphy TD, a socialist fighter who won't sell you out. Sign up to hand out leaflets in your estate, knock on doors with us, or make a donation.